When you're in this world, no one is who they seem, and everyone is playing the game. 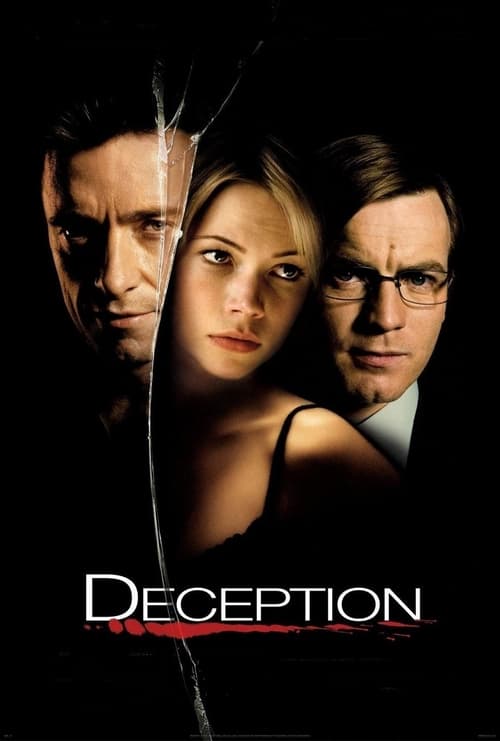 As a corporate auditor who works in a number of different offices, Jonathan McQuarry wanders without an anchor among New York's power brokers. A chance meeting with charismatic lawyer Wyatt Bose leads to Jonathan's introduction to The List, an underground sex club. Jonathan begins an affair with a woman known only as S, who introduces Jonathan to a world of treachery and murder. 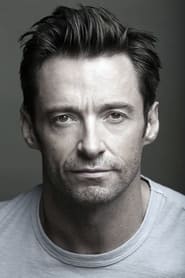 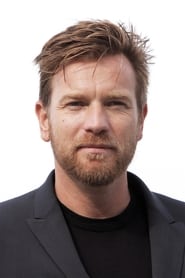 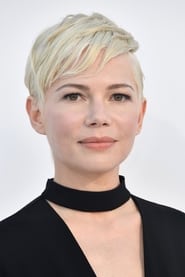 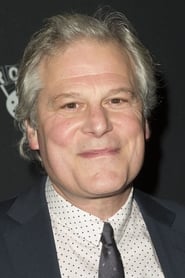 Tina at the Rhigha Royal 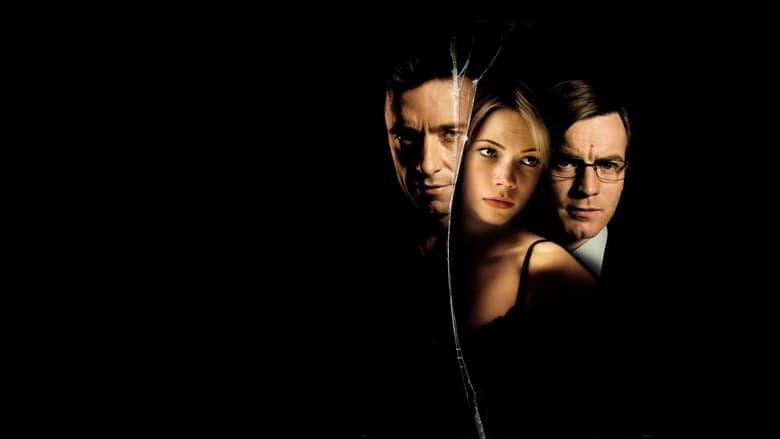 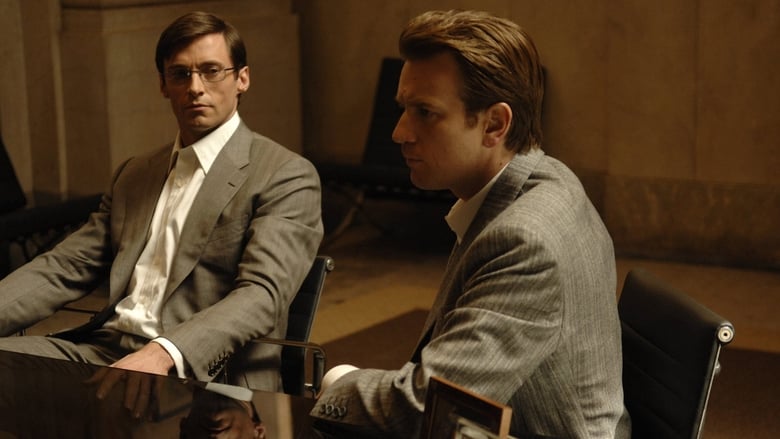 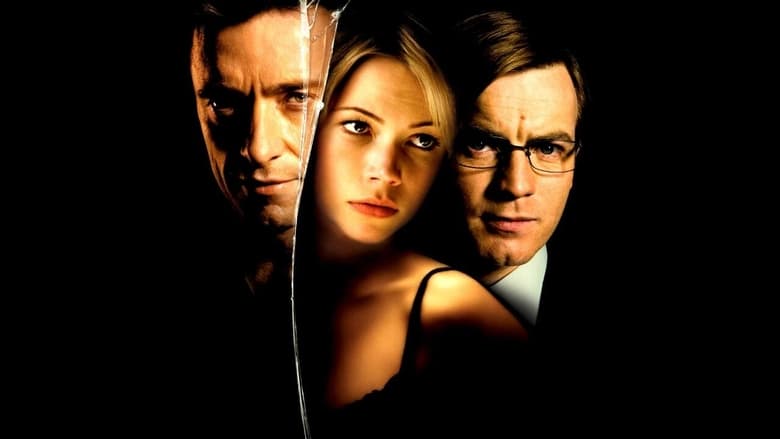 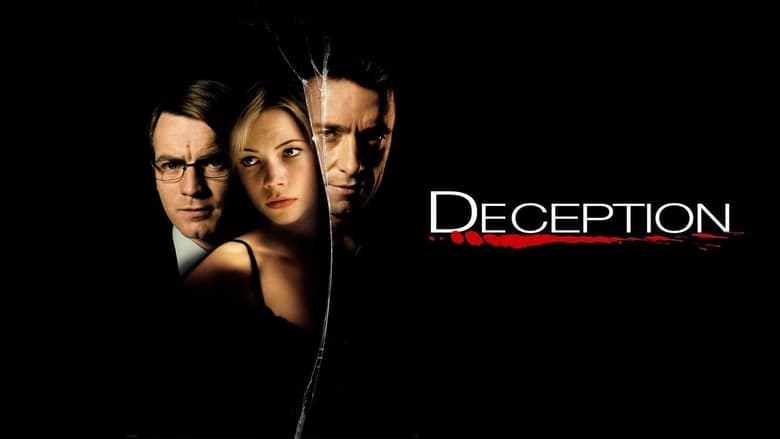 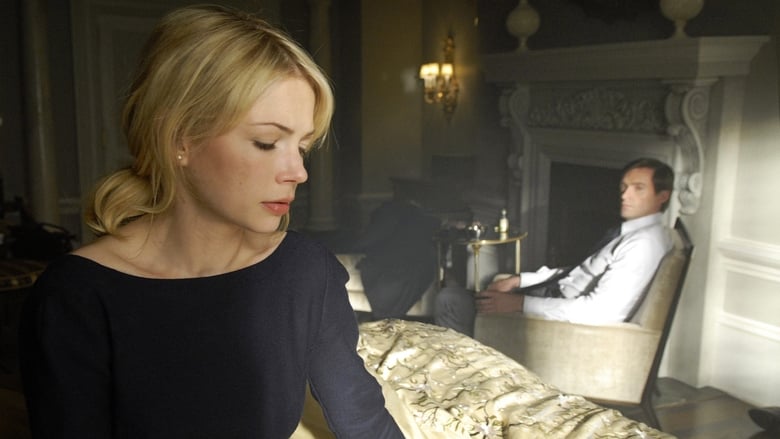 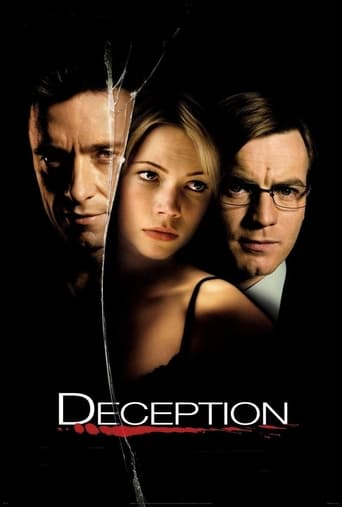 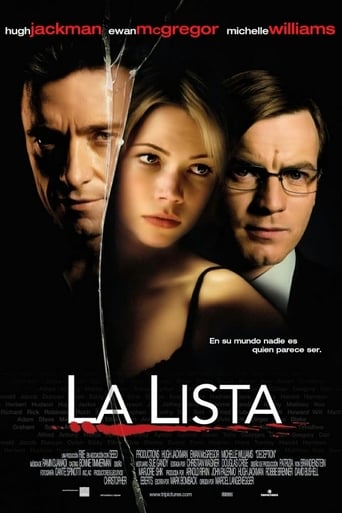 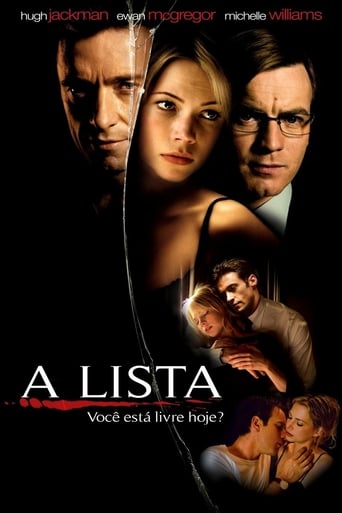 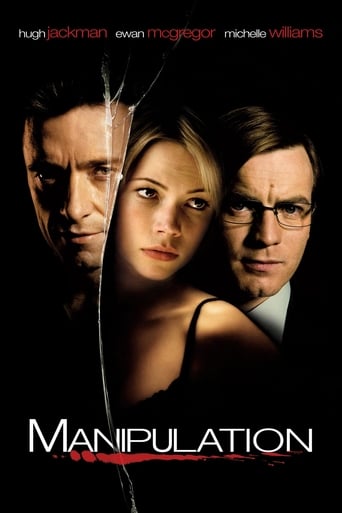 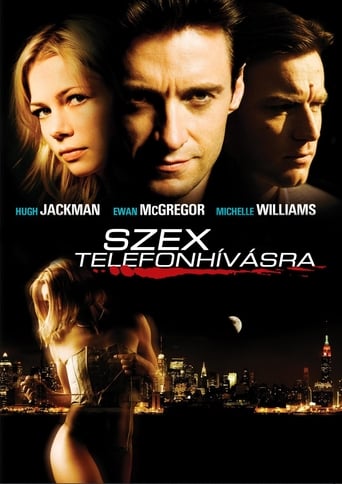 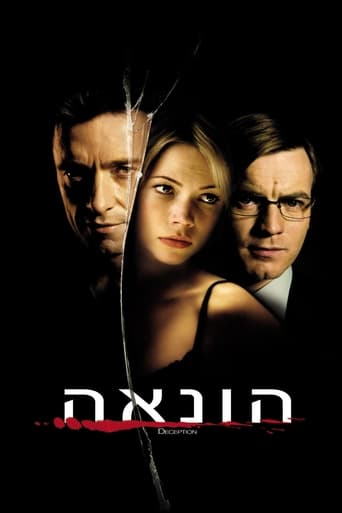 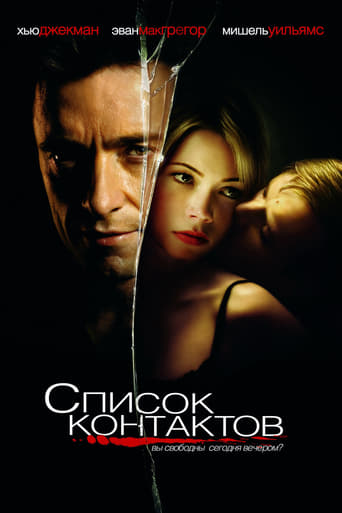 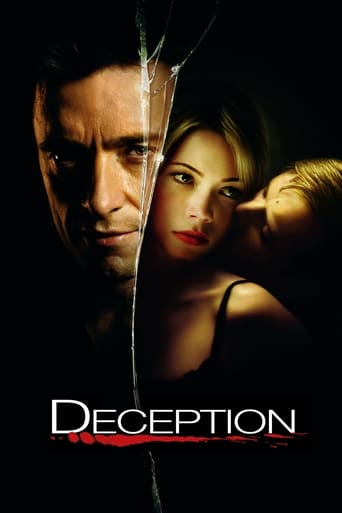 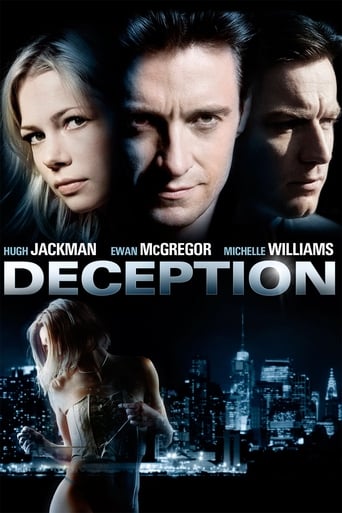 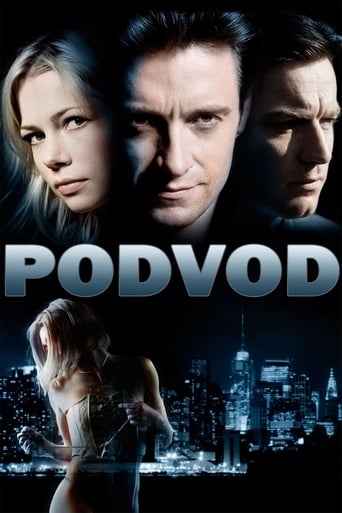 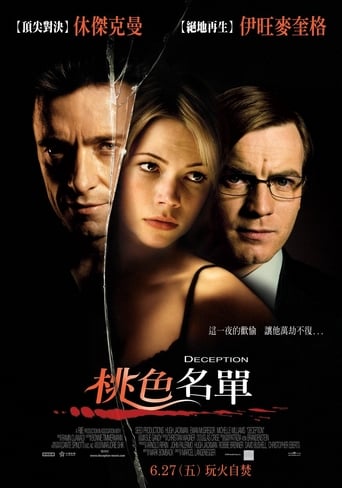 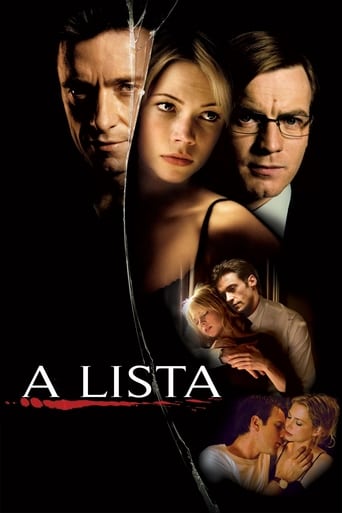 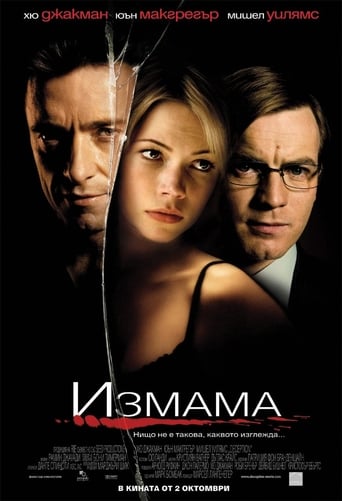 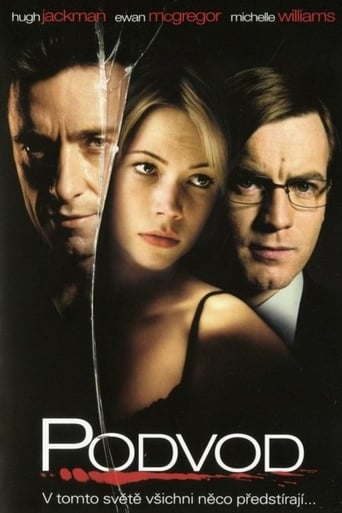 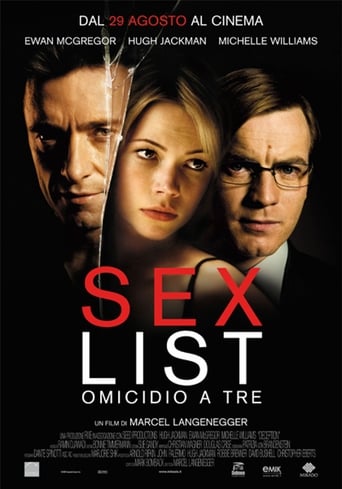 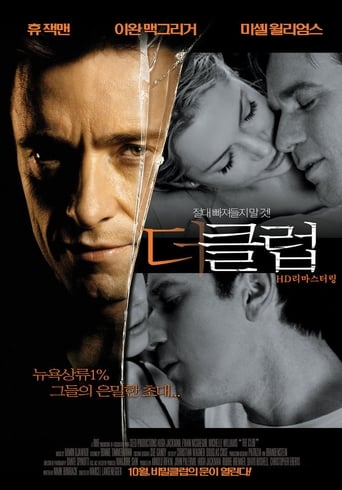 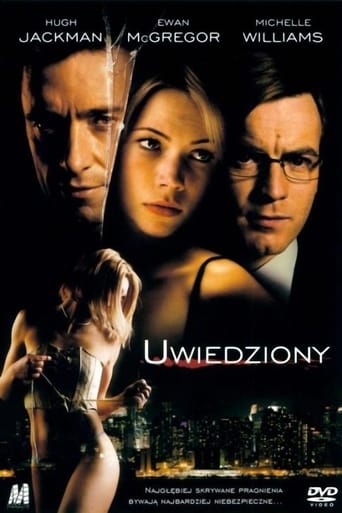 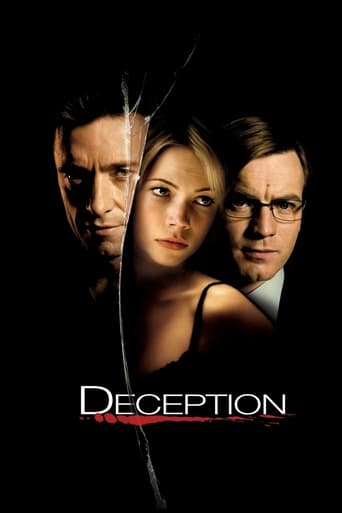 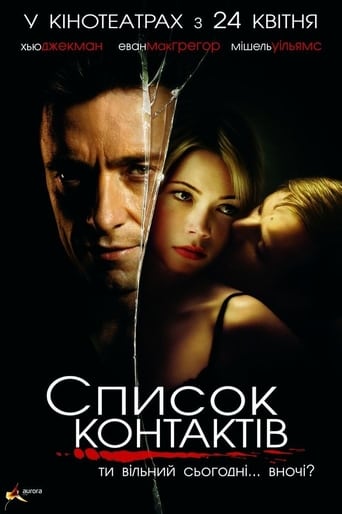 Deception is directed by Marcel Langenegger and written by Mark Bomback. It stars Ewen McGregor, Hugh Jackman and Michelle Williams. Music is by Ramin Djawadi and cinematography by Dante Spinotti.

Jonathan McQuarry (McGregor) is a timid New York accountant who whilst working late one night meets Wyatt Bose (Jackman). Bose is the complete opposite to McQuarry, he's highly sexed, confident and supremely cool. So when a mix up with the pair's mobile phones introduces McQuarry to an exclusive sex group, he's spun into a world completely alien to him.

If you have watched a lot of film noir, both classic era and neo, Deception will come off as irritatingly stale. What we have here is very much a case of the title revealing far too much! You would hope that with the makers going for broke with such a title then they would have the nous to fill out the story with surprises, take us and the principal characters down some twisty streets, not so, sadly. Within ten minutes you catch on to what is happening, the writing so poor as to not cleverly challenge the narrative drive. It could maybe be argued that McQuarry's journey, and how the character evolves, is something of a veer from the noir norm? But it has no dramatic worth and renders the finale as dull (the alternate ending is even worse).

It's not a total wash out as such, the cast are engaging in their roles, good actors straining to make a weak screenplay work, while cameos from Natasha Henstridge, Charlotte Rampling and Maggie Q impact to come off as better than novelty value. And then there's Spinotti's (Manhunter, L.A. Confidential, Heat) cinematography, the best character in the play. His nighttime city scapes are electric, his colour lenses beautiful (golds and blues are poetic), his work deserves a better film. But that's about it, leaving us with a shallow noir cover version that's in search of its own identity. For those not familiar with the noir form, then this is just about average enough for a look see. For noir fans, though, it's neither erotic or thrilling and as unadventurous as it gets. 5/10